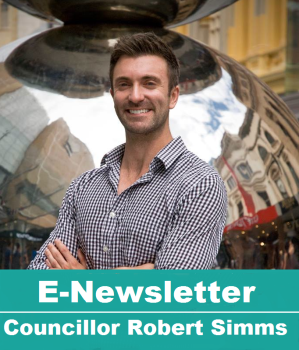 Welcome to the 6th edition of my E-Newsletter! This has been an interesting month on Council, with the announcement of the retirement of our CEO and a debate about the use of the parklands for circuses featuring live animals. I have decided to issue e-newsletters on a monthly basis (with regular updates provided on my website between issues). Does this work for you? Please do let me know what you think!

Adelaide City Council in the news

Adelaide City Council CEO Peter Smith announced his retirement on the 16th of March. Peter has made an enormous contribution to the City of Adelaide over the last 6.5 years and overseen a positive transformation of our city. I join with the rest of Council in wishing him all the best for the future. His last day was on the 10th of April. Council has appointed an acting CEO, Mr Stephen Haynes and will commence the recruitment process for a permanent CEO shortly.

The State Government has approved Adelaide City Council’s request for the Park Lands Dry Zone to be extended for a further 6 months. As I reported in my last newsletter, I opposed the motion that Council request an extension and remain concerned about the displacement of vulnerable people. I expressed these concerns to The Advertiser.

Animal Circuses in the Parklands?

The Economic and Community Development Committee recently approved applications from the Lennon Bros Circus and Circus Royale to use Bonython Park. I opposed these applications as both of these circuses use animals. I do not believe it is appropriate for the Park Lands to be made available for events that exploit animals in this way. The RSPCA has recently issued a statement calling on Council to develop a policy in this area and on 14th of April I put a motion on this matter. The issue has generated some media debate and was reported in The Advertiser and on the ABC.  See below for more information on the decision of Council.

Last year I successfully moved a motion asking administration to develop a report looking at opportunities for rapidly greening the city, including green roofs and walls and tree planting. The proposed ‘Greener Streets Program’ provides an opportunity to position Adelaide as a leading sustainable city and I’ll be advocating for it to be funded in this budget round. You can read more about the plan here.

I’m a long-time supporter of marriage equality and was proud to participate in this ‘bed-in’ protest in support of this great cause. Adelaide is home to the largest community of LGBTI people in the state and I know the issue of marriage equality is important – not only to LGBTI couples – but family and friends. You can read more about the project here.

A new set of traffic lights and a pedestrian crossing will finally be installed in Whitmore Square following a decision at Committee. This is a credit to all those in the South West community who have been advocating for years on this issue and Councillor Alex Antic who brought the matter to Committee for decision.

Ms Christie Anthoney of Festival Adelaide addressed the Council on the benefits of Adelaide’s 10 major arts festivals to our city. This was followed by a deputation from Ms Kelly Henderson on the Kaurna welcome. Ms Henderson argued that it is inappropriate for Council to acknowledge the Kaurna people and that they are not the traditional custodians of the Adelaide City Council area. Ms Henderson’s claims are disputed by Aboriginal people as well as academics in the field of Aboriginal culture and history. I disagreed strongly with Ms Henderson’s statement and considered it inappropriate and disrespectful to the Kaurna people.

Council also received further deputations from Ms Henderson and Mr David Williams on their concerns regarding the impact of the O’Bahn project on the Park Lands and East End of the City.

Community Consultation on the O’Bahn

Councillor Houssam Abiad moved that Council write to the Minister for Transport and Infrastructure requesting an extension of the consultation period for the O-Bahn City Access Project, to enable greater community and stakeholder participation and feedback, as well as the provision of any additional information from the government.

I believe there is a need for further engagement with the community on this issue and therefore supported Councillor Abiad’s motion.

I moved that Council:

“1. Develops a policy for sustainable procurement, including:  project management and capital works,  materials, benchmarks and targets and monitoring and evaluation;

2. Prepares a report (as a complementary action to investigations into options for becoming a carbon neutral city) investigating opportunities for Council to promote divestment from fossil fuels. This would include: Information on Council’s (direct and indirect) fossil fuel investments, including deposits and investments in financial institutions that invest in or finance the fossil fuel industry and advice on how Council could divest of these;options for influencing Council’s default superannuation provider to divestfrom fossil fuels, (including potential progression of this through the Local Government Association).”

An amendment was then moved by Councillor Abiad to read:

“That administration prepare a report on the impacts of divestment and sustainable procurement including: project management and capital works, materials, benchmarks and targets, monitoring and evaluation.”

While the amendment made the motion less specific than originally intended, I welcome a report being prepared on this matter. I hope to revisit the potential for Council to divest of financial institutions that invest in fossil fuels in coming months. A number of cities around the world as taking this action and I believe there is an opportunity for Adelaide to further cement its place as a leader in sustainability.  For more information about this issue, see this article in InDaily.

While I am generally supportive of plans to increase investment in public transport I have serious reservations about the government’s O-Bahn plan and, in particular, its implications for the East End.

As a member of the Adelaide Parklands Authority I am concerned about the potential impact this project will have on the Parklands and Rymil Park. At APLA’s March meeting, the Authority made a number of recommendations to reduce the impact of the project on Rymill Park, including under-grounding.  At a Special Meeting Council endorsed these  as well as a series of other principles relating to traffic implications and parking that we considered should inform the government’s transport plan. You can read the full outcome of the Special Council meeting here.

I look forward to continuing to work with the community to ensure that any project is in the best interests of our city.

Council heard a deputation from Janice Lennon (Lennon Brothers Circus) who spoke against my proposal to ban circuses that include animals from the parklands from 2016.

Council endorsed the acceptance by the Lord Mayor of the invitation from Minister Hamilton- Smith to participate in the Shandong South Australia Cooperation and Development Forum on 25-27 May 2015, visiting Ji’nan and Qingdao in the Shandong Province of China as well as participating in other key activities to further strengthen the City of Adelaide Sister City relationship with the City of Qingdao. We will consider whether to send another Council member at a future meeting. While I support the purpose of the trip I am not yet convinced this is the best use of Council funds in a tight budgetary environment.

Councilllor Corbel moved that an update be provided by the administration about the progress made to date in regards to the Motion on Notice moved by Cllr Llewellyn-Smith AM in July 2014 requesting a report on getting a safer tram stop at City South. I supported Councillor Corbel’s motion and look forward to seeing how this is progressing.

I moved that that administration develop a policy for the prohibition of circuses that use live animals on the Park Lands to take affect from 2016. The motion was narrowly defeated in favour of a report to be prepared by administration looking at the implications of any ban. The report option was backed by Councillors: Clearihan, Malani, Martin, Moran, Slama and Wilkinson. While I would have preferred for council to make a definitive decision at the meeting, I am hopeful that once the matter is thoroughly investigated support for a ban of circuses using exotic animals on the parklands will only continue to grow.

The issue generated significant community debate – click here if you are interested in reading more about this. I intend to bring the issue back to Council at a future meeting. My thanks to everyone who has written to me about this important issue! 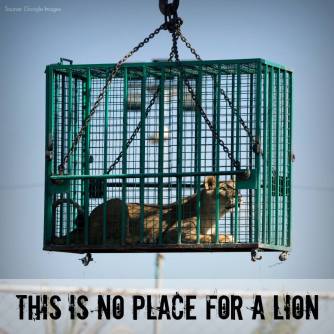 Use of Victoria Square

Councillor Antic put a motion that administration prepare a report looking at the uses of Victoria Square. I supported the motion as I believe it is appropriate for us to ensure that the community is comfortable with the current activation of this key civic space. I look forward to hearing the views of key stakeholders on this matter in coming weeks.

This newsletter summarises the key outcomes from Council meetings but if you would like to read the minutes in full these are available from the Adelaide City Council website.

Over the last few weeks I have attended the following community and Council activities and events. If you have an event in your neighbourhood that you would like me to attend, please do let me know.

If you have an issue you would like me to take on, please don’t hesitate to get in touch. It would be great to hear your ideas for how I can help improve our city! You can call me on: 8203 7945 (office) or 0438 358 204 (mobile) or email me at: r.simms@adelaidecitycouncil.com . Alternatively, we can connect on Facebook and Twitter.

Please note, this newsletter reflects the personal views of Councillor Robert Simms and does not purport to represent the views of Adelaide City Council.